“I just kept thinking…I don’t have enough arms for all of my children…my three kids, and my fur baby, Lexi…how am I gonna hold on to all them if it hits us?”

That was on Allison Alexander’s mind as the sirens went off yet again May, 2013 in Moore, Oklahoma.  Allison grew up in central Oklahoma and was all too familiar with the fear and aftermath that can come with a natural disaster. “When I was little bitty…one of my first memories was when a tornado hit our town and it was so scary….but now it’s not just me…it’s my family, which is a whole different ball game.” 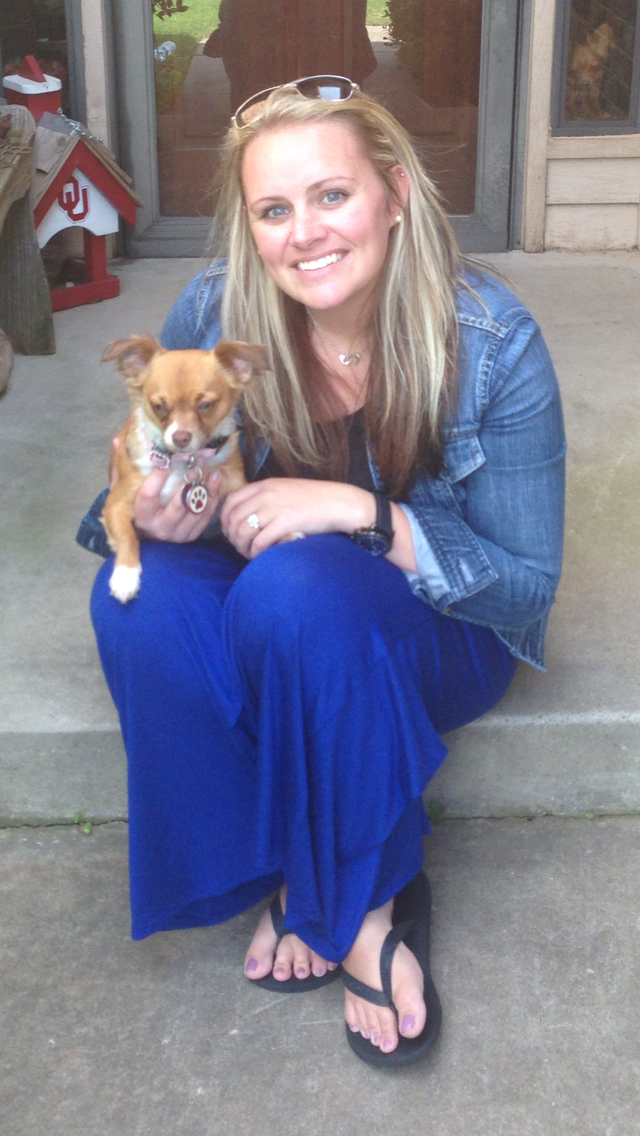 When two F5 tornadoes plus dozens of smaller twisters tore through central Oklahoma that May, in under two weeks, Allison was stressed and afraid. But that did not stop her from being prepared.

“You have your plan, you go to your designated area…but when it’s all over, if you’ve been hit, there’s just not a whole lot left…and not much else you can do but keep your family close and as safe as possible…and Lexi is definitely part of that family I’m keeping safe.”

Thankfully, Allison’s family, including Lexi, her one year old Chihuahua, made it through the two weeks of thunderstorms, tornadoes, and floods unscathed. However, even if the worst had happened and the Alexander family had sustained a direct hit, the family has a plan in place for tornadoes and severe weather. The plan undoubltely also included a plan for the furry family member, little Lexi.

The first F5 tornado hit central Oklahoma on May 20, 2013 when Allison and her family were already well into their simple yet effective disaster plan:

1. Have a designated area to “hunker down”

• It might be a neighborhood shelter, the cellar, a safe room, or an inner room away from windows.

• For Allison and her family, that meant the laundry room/bathroom in the middle of their house.

2. Everyone has a job

• In the Alexander family, everyone has something specific to grab (flashlight, water bottles, food bin, etc.) before taking cover. As far as Allison is concerned, her 12 year-old son’s job was probably the most important, he was in charge of gathering up Lexi and keeping her still to make sure she was safely in the room while everyone was gathering other necessities.

• Natural disasters such as tornadoes are a prime opportunity for a pet to get separated from their family. It is key to have an external ID tag on them at all times (you never know when that disaster might hit) and PetHub’s ID tags are the fastest and most reliable way to ensure your pet reunites with you quickly. PetHub’s external ID tags link to an online pet profile which provide quick access to the owner’s information to make sure your pet’s rescuers are able to get them back to you.

• Lexi is protected by not only her PetHub ID, which links to her online profile, but also by PetHub’s Community “Amber Alert” System that will send out a virtual “lost pet” poster should she become missing.

But it was the second string of tornadoes that hit on May 31, 2013 that really tested her family’s plan:

"My kids and Lexi were with my dad down in Norman and I was driving down there to pick them up when the tornadoes started to hit. My dad told me they were heading to the shelter and I told him, “Don’t you forget my fur baby!” I was so relieved to know that she was with them there in that community shelter through all the storms. Unfortunately, I was on I-35, and basically being chased down to Norman by one of the twisters…it was terrifying. I’ll tell you what though, animals know what we’re feeling, they understand that we’re afraid and they know something’s going on.  And when I finally got down to Norman and saw my kids and Lexi, Lexi actually cried and whined with relief…it was like nothing I’ve ever heard her do before. I really think she knew things were bad and she was worried about me." 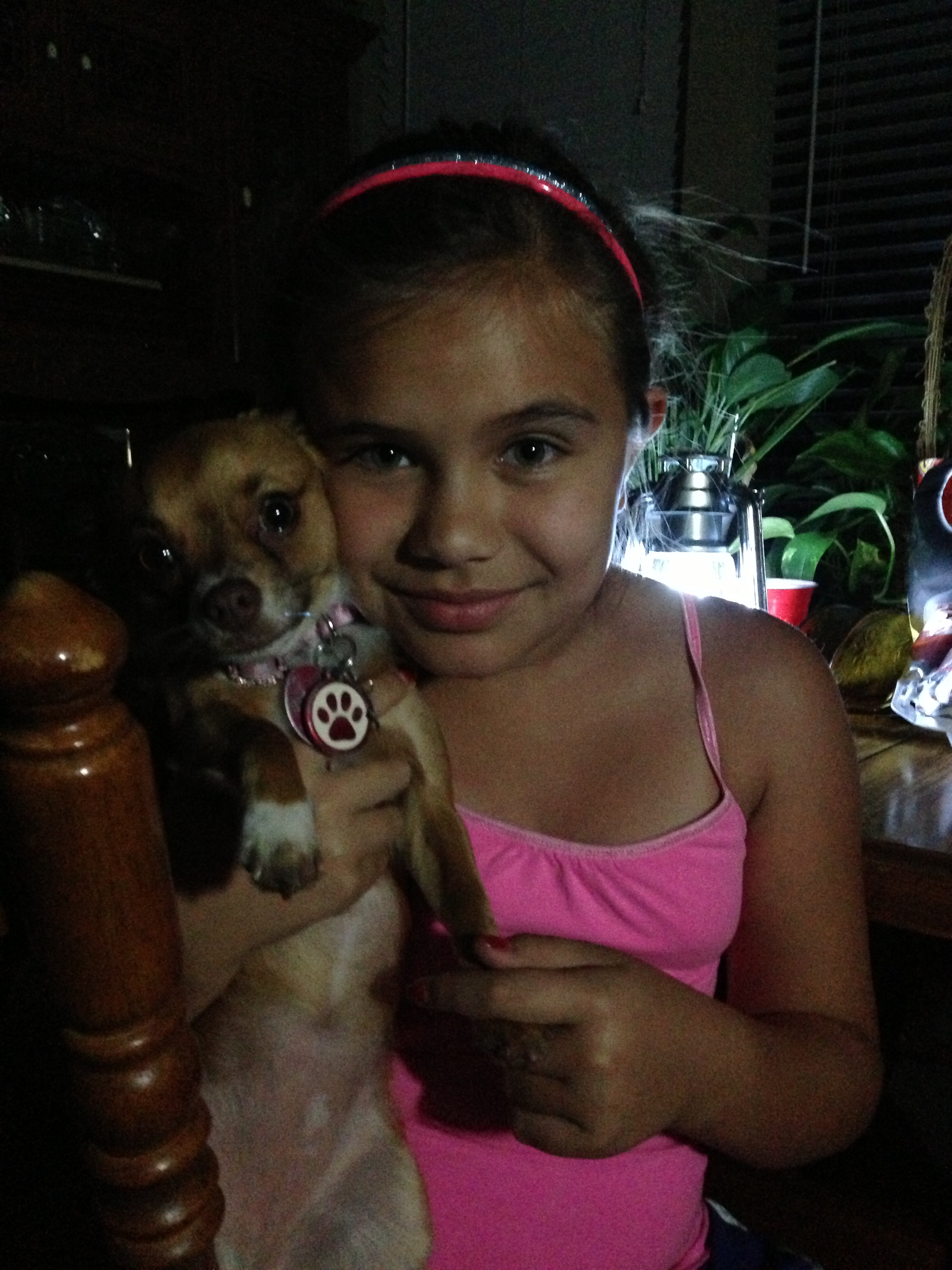 Through the two weeks of storm watches, warnings and sirens, Allison says that PetHub helped give her great peace of mind for Lexi’s safety. “PetHub is definitely part of our family’s plan for things like tornadoes. I know because of all the information I’ve got on her profile that links to her tag, if she gets separated from us because of these storms, she’s gonna be able to get home to me because of that tag.”

Allison first found out about PetHub through an online deal when she first got Lexi as a puppy.  Allison opted to not only get Lexi the PetHub ID tag that links to a free pet profile, but to upgrade her to PetHub’s Premium protection plan and also purchase an additional emergency insurance plan to cover her should she get injured while separated from her family in a crisis like the aftermath of a tornado. “I got it because it sounded like a really cool idea, but I was so surprised how simple it was. So easy to activate and add information, plus I can update her profile from anywhere which is a must during disasters like this. And I wanted the added protection of the email notifications with the GPS stuff, and then having access to a shelter alert system if she went missing…it was just too great of a deal to pass up.”

Allison is so pleased with the great service PetHub has provided her and her pet, she tells everyone she knows about it. “I really think everyone needs this for their dogs…I don’t think they realize how easy and affordable it is and how important it is to protect your pets with an ID like this. Plus, if you do the Basic membership, it’s just the one-time cost of the tag. You just can’t beat it.”

To protect your pets like Allison and the rest of the PetHub pack, check out PetHub's Get Me Home Club ID tag & the Emergency Preparedness Ready-Kit that includes everything you need to prepare your pet! 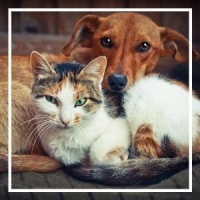