Does your dog eat a lot? It might be genetic 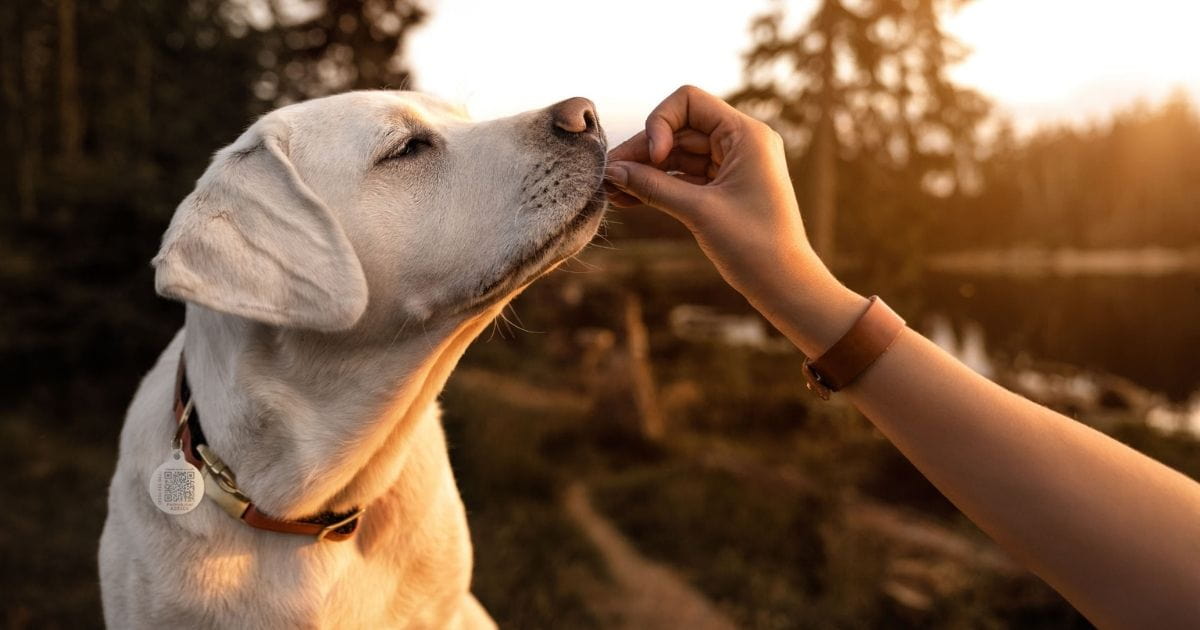 This is a featured guest article from Embark Veterinary, the world leader in dog genetics with a mission to end preventable disease in dogs by providing dog DNA tests that enable pet owners to learn about their dog’s breed, ancestry, and health - all with a simple cheek swab.

Discover how DNA could be keeping your pup from feeling full after mealtimes, causing life-long health problems

Recent studies have revealed that 56% of dogs in the United States are overweight or obese, but the extra squishiness around your pup’s stomach can cause a myriad of health problems including canine diabetes, heart problems, and arthritis. Lucky for us, modern day science and technology can help pet parents have access to valuable information when it comes to their dog’s health.

Since 2019, Embark Veterinary’s doggy DNA tests have been able to test for a gene (called Pre-Opiomelanocortin, or POMC for short) that may be causing their dog’s overeating. This helps pet parents make informed lifestyle changes to improve the health of their dogs.

The POMC gene can contribute to obesity in all dog breeds, it specifically affects Labrador Retrievers and Flat Coated Retrievers -- which isn’t a big surprise, anyone who has known a Lab knows they have a big appetite!

A 2016 study from scientists at the University of Cambridge UK showed that Labs aren’t to blame for their perceived gluttony; it’s in their genes. The researchers studied 310 Labradors that were either companion dogs or assistance animals, examining three genes thought to influence canine obesity based on studies in other species. They also assessed the dogs’ eating behavior and body fat levels.

With two of the genes, the researchers didn’t find a link to eating behavior or obesity, but the other one, POMC, was just what they had been looking for. They discovered that dogs missing a small portion of the POMC gene sequence were likely to weigh more and have more body fat and higher levels of food motivation.

The POMC gene codes for two proteins that help the brain regulate appetite, essentially letting your dog know that it’s time to stop eating. It’s believed that with lower levels of these proteins, the “I’m full” message is never received and the pups continue to feel hungry, even if they’ve just feasted.

In the University of Cambridge study, almost 25% of the Labs had the POMC mutation, which is known as a deletion since the gene is partially or fully missing. However, when it came to the assistance dogs, the number skyrocketed to more than 75%. It’s likely that over time, these dogs have inadvertently been bred to have this mutation; with their high levels of food motivation, they’re easy to train, which essentially makes them better at their job.

Did you know that POMC doesn’t just affect canines! POMC neurons (brain cells that express POMC) play a role in regulating hunger in other species, too, including humans. Research has found that exercise and circadian rhythms impact POMC levels, which in turn has a result on hunger and satiation. 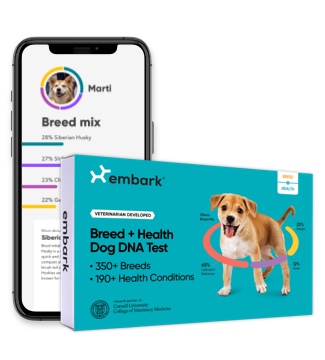 HOW DO I KNOW IF MY DOG HAS THE POMC MUTATION?

Since 2019, Embark’s DNA testing includes the POMC mutation, which is common in. This is possible because it’s a linkage test, meaning Embark has taken advantage of the fact that DNA sequences that are close together on a chromosome tend to be inherited together.

WHAT SHOULD I DO IF MY DOG HAS THE POMC MUTATION?

Knowing that your dog has the POMC mutation will at the very least help explain their obsession with food. But this result can give you more than a better understanding of your pup’s quirks.

You and your vet can use the information to get proactive about diet and exercise to help prevent them from becoming obese, which increases the risk for orthopedic disease, Type II Diabetes, cardiovascular disease, and cancer. Still, keep in mind that the POMC mutation is not a guarantee of obesity, nor does it directly cause disease (which is why Embark lists it as a trait rather than a health condition).

If you know your dog is a chow-hound, Embark vets recommend a couple of steps you can take:

There’s still more to discover about POMC, especially in mixed breed dogs. You can help Embark advance their research on this trait by telling them about your dog in this quick survey.

The original article was posted on Embark’s website in December 2019. More information was added from an Embark press release from 2019.