7 Things To Do if Your Pup Gets Loose

This is a featured guest article from Harper. A human training app for the modern dog and Apple App of the Day. 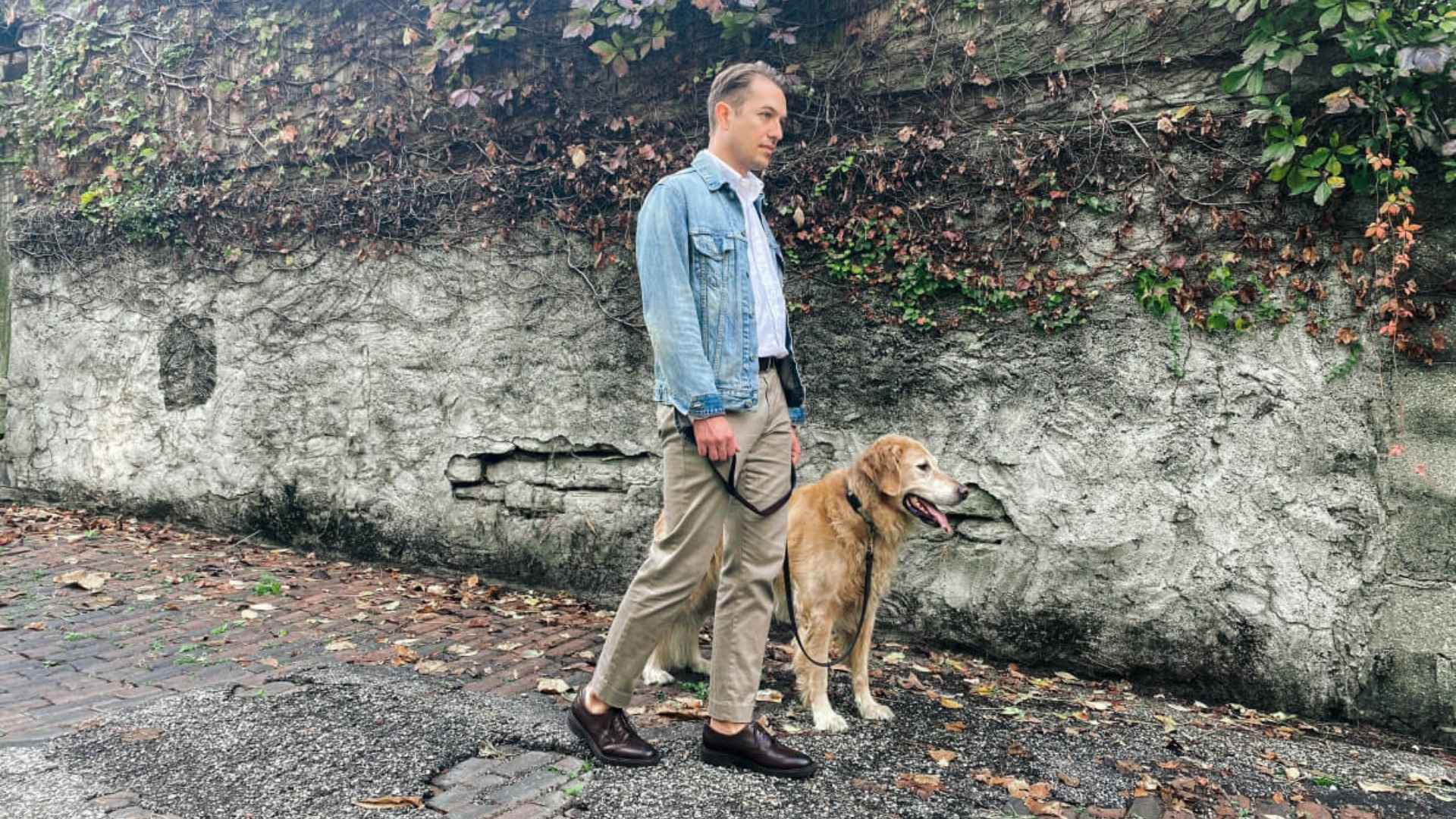 What’s about to follow is a terrifying story for those, like myself, who’ve experienced this scenario first hand:

It’s a normal day and you're walking your pup near a busy street teeming with traffic. You've given her the okay to leave your side and explore a patch of grass when all of a sudden you feel the leash pull tight and slip out of your hand. In the split second it takes you to reach down and recover the leash, your pup has discovered her new freedom and is trotting away from you at a rapidly increasing pace.

At first, you're worried she might get lost...then you're absolutely struck with fear at the thought she might run off into the dangerous street.

What do you do?

There’s no one right answer. Why your dog is running away from you, her training, and even her favorite positive reinforcements all factor into what you do next.

Let's look at some of these variables and also talk about what you can do to make sure you're in the best position possible if your pup ever gets unexpectedly loose.

Why do dogs run away?

Dogs "run away" from their pup parents for a variety of reasons and knowing the cause can help you react.

A well socialized, confident dog loves to explore her surroundings. In the scenario above, the dog who accidentally pulled the leash out of her parent's hand probably just wanted to sniff something she couldn't reach. Once she realized she was free to explore even farther, she got increasingly excited until she was sprinting away from her alarmed parent.

Another reason even the most skilled dogs sometimes run away is to chase something - squirrels, rabbits, another dog. Not all dogs love to chase but a vast majority of them do; so much so, that a lot of “come when called” training specifically leverages this "prey drive" to teach your pup to come to you.

The 4th of July is infamous in the U.S. dog world for being the day the most dogs run away. Frightened by the loud fireworks, dogs do whatever they can to get as far from the source as possible. Out of all the reasons dogs run away, fear is the most difficult one to counteract through training, which is why you'll find lots of advice on how to manage the fear (like make sure your pup is secured in a safe comfortable space during the 4th of July) rather than "out train" the fear.

7 Strategies for When Your Dog Gets Loose

Going back to the original scenario - you've accidentally dropped the leash, your pup knows she's loose, and she's too far away to regain control of, what should you do?

The short answer is: trust your instincts. You likely know that if you approach your dog directly she’ll just run away because hey, what dog doesn’t love a good game of chase! You also know that your dog has a strong fear of missing out so if you’re doing something fun, she’s likely to want to come back and be a part of it.

With those concepts in mind, here is a list of things to try. As you read, make a mental note of which ones you think will be most effective with your dog.

Call your dog using an energetic and fun tone

Even if you don't have a strong recall, this is worth trying; however, it's crucial you use a voice and tone that's inviting and fun. You might be scared, you might even be frustrated but you need to suppress that for a moment and be someone your dog wants to run to.

Run in the opposite direction

Remember that "prey drive" we discussed? It works to your advantage too. If you can't reach your dog, the next thing to try is calling your dog while running a few steps in the opposite direction. Running away is basically “You’re cordially invited to chase me” in dogspeak. If she follows, keep going until she catches you or you get her to a safe place.

Run side to side

If she doesn't follow you when you run away from her, then don't get too far away. Instead try some of the other tactics while incorporating running side to side. It leverages some of that prey drive while also just inviting your dog to play with you.

If you're lucky enough to have treats with you, but your dog is enjoying her freedom too much to come eat them right out of your hand, then one strategy is to turn the treats into a game. Sometimes called "treat toss" the basic idea is to get your pup to chase the treats by rapidly throwing them on the ground from side to side.

Get on the ground, act happy and excited

As you intuitively realize, the goal is to get your dog's attention anyway possible. A human squatting low or even being on the ground is often an invitation to play. When combined with making high-pitched, happy noises, your pup might be compelled to come see what all the fun is.

Ask for a behavior

If your dog has a really strong cued behavior - sit, down, roll over, hand targets, spin move, whatever - you can try asking for that behavior to momentarily distract her from the fact that she's loose. Since she's likely used to receiving a treat or some other reinforcement after performing a behavior, she might just let you get close enough to her to regain control.

We're assuming that you've already tried approaching directly and your pup just runs away from you before you ever get close. If that's the case, then try to approach your dog at an arc and avoid eye contact to make her think you're not trying to catch her. You probably won't be able to get all the way to her this way, but use this strategy to reduce space while also employing the above tactics.

Training for Next Time

Wouldn’t it be nice if in this scenario you could just call your dog to you and avoid the mind games?

A strong recall, that is, a strong “come when called” skill, can take time to train, but there’s nothing more effective or impactful to teach your dog. 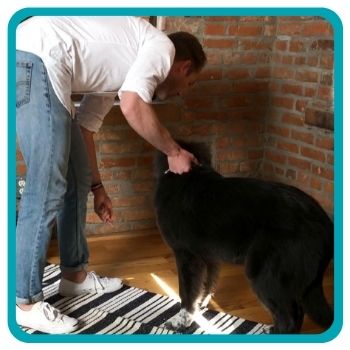 This is our favorite recall game at Harper because it gets our pups the most excited. To play, you need two types of treats - a low value treat like kibble and a super high value treat like a piece of cheese. Hold your dog's collar and toss the low value treat into a corner or up against a wall that's about 6 feet away. Tell your dog to "get it" (or whatever your equivalent permission cue is). As soon as your dog gets the low value treat, say her name to call her back to you. You should get a "whiplash" effect where she turns and sprints to you as soon as she hears her name. When she gets back to you, praise her, feed her the high value treat, then set up to go again

Learn to Play Back Alley Treats in the Harper App 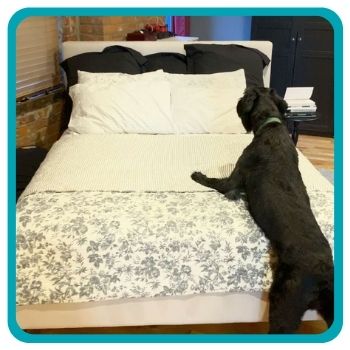 Few training games end in laughter as often as this one. The concept is simple - you're going to hide, call your dog, and wait until she finds you - but for whatever reason, that moment of being found is always so much fun. To start, you need to find time to hide. One way to play is to just wait until your dog is distracted and then sneak off. Another way is to have someone hold her while you hide. Also, if you have a strong place skill, you can send her to her bed or her crate to wait for you to hide. Once hidden, call your dog's name. Make the hiding spot easy at first and then slowly make it harder. If your dog is struggling to find you, don't call her name again. Instead, make noises to help her locate you. We want your dog to know that she should come to you the first time she hears her name. Once she does find you, throw a party. Be excited, praise her, give her lots of pets, and definitely give her a treat. Then reset and play again!

Learn to Play Hide and Seek in the Harper App 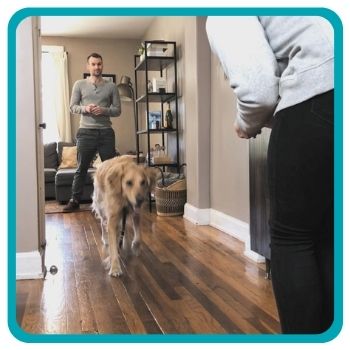 This game is easiest with two people but if your dog will hold a stay on her own you can play by yourself. Start in a hallway where there are no distractions. Have one person hold your dog at one end of the hallway. Approach your dog and run the other way like you want her to chase you. After about 6 feet, turn and call your dog to you. When she gets to you, throw a party. Act really excited, praise her, and give her a treat.

Learn to Play Hallway Relays in the Harper App

For more information about the Harper App, visit https://harper.dog

This is a featured guest article from Harper. A human training app for the modern dog and Apple App of the Day.

It's Adopt a Shelter Dog Month! 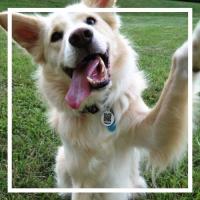 All About CBD for Pets 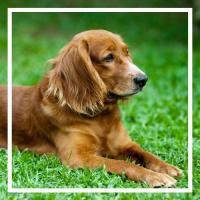 4 Things to Watch For in Older Dogs