Protect Your Pet! Dogs and Asthma 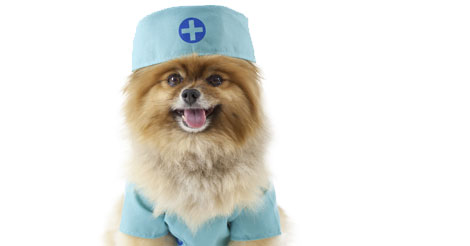 Most people know that asthma is a disease that affects hundreds of people, causing them to have difficulty breathing, but the condition is not just limited to human beings. While many people often associate owning a furry animal with triggering asthma attacks, it is actually possible for the pets themselves to be susceptible to the disease, which is also known as allergic bronchitis.

An asthmatic attack occurs when the airways in the lungs become inflamed. There can be a number of causes for inflammation, including illness, but the most common reason it happens is that your pet comes in contact with something that it is allergic to. When the allergens enter the dog’s respiratory system, it causes the bronchi, which are the passages inside the lungs that transport oxygen, to fill up with mucous and start to spasm. These spasms make it difficult for the dog to get sufficient air into its body. While the conditions can occur in both dogs and cats, it is much more commonly seen in cats, particularly Siamese and Himalayan breeds.

There is no definite age limit for pets to develop asthma, but it is extremely common in very young animals and those that are in their prime or just slightly past it, what we humans consider middle-age. Unless you notice an asthmatic episode in progress, you may not realize that your pet has the condition, as there are no symptoms when the dog is between episodes.

When an attack is about to occur, or is in the early stages, you may notice that your dog is coughing more than usual, or they may begin to wheeze. In emergency cases, the level of respiratory distress will manifest itself through the dog breathing with his mouth open, or the gums and tongue may have a purple look to them. If the condition is present in very old dogs, or those that are already suffering from other illnesses or medical conditions, attacks may be preceded by the animal going into a lethargic state or refusing to eat, which can lead to a drastic drop in their weight.

The only way to know whether your dog is suffering from asthma or a more serious illness or condition is to take him or her to the veterinarian. There, the doctor will most likely x-ray the animal’s chest in order to make certain that other respiratory conditions are not present. If the vet deduces that the condition is allergic bronchitis, they will then prescribe treatments of steroids, antihistamines or bronchodilators to control the attacks. Some of the newer asthma medications may contain a combination of these ingredients, in varying proportions. 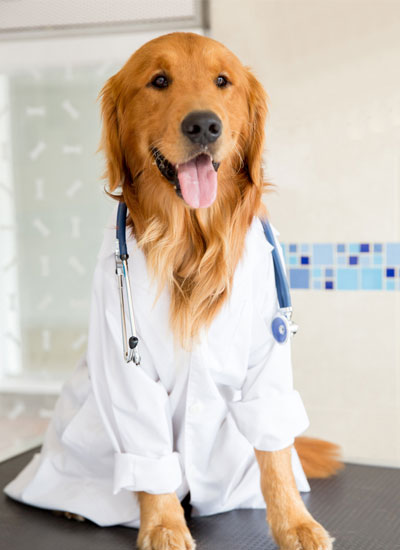 The doctor may also want to perform other tests to find out the cause of the allergies. The exact triggers for asthma are still being investigated, but some potential substances such as cigarette smoke, dust from litter boxes, and cat litter and air pollution are prime candidates. Some dogs may also develop allergies to certain fragrances over time. If an asthma attack is extremely severe, the vet may need to give the dog an immediate injection of epinephrine, a hormone that helps to open the airways and makes breathing easier.

Fortunately for those who own a dog or cat that has been diagnosed with asthma, the condition is rarely life threatening, and there are enough medicines available to veterinarians now that most pets are able to live long and productive lives. Unfortunately, it will be necessary to find out the root cause of the allergies associated with the condition before work can begin on a way to completely cure pets of the ailment.

If your furkid is experiencing these symptoms early on, it’s important to consider pet insurance from any of the top providers below.

Prevent your pet from going missing: How to keep flight-risk dogs safe 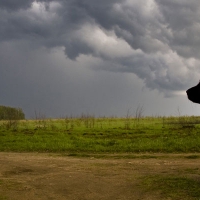