Pet parents should never rely on microchips alone. Although microchips are a critical tool, physical pet IDs are your first line of protection in recovering your lost pet. You are relying on a lot of things to go right if you depend soley on a microchip.
We’ve all read articles with headlines such as “Dog Lost for 3 Years - Finally Reunited With Family” and many of these articles praise the use of microchips, but what these articles often leave out is how the story might have been different if the pet had been wearing an ID tag with a current phone number. In general, most pets with an up-to-date ID tag are returned home within a few hours.
Even so, there are some important reasons to consider why a microchip isn’t enough for ensuring your dog will find its way back to you if it’s ever lost. 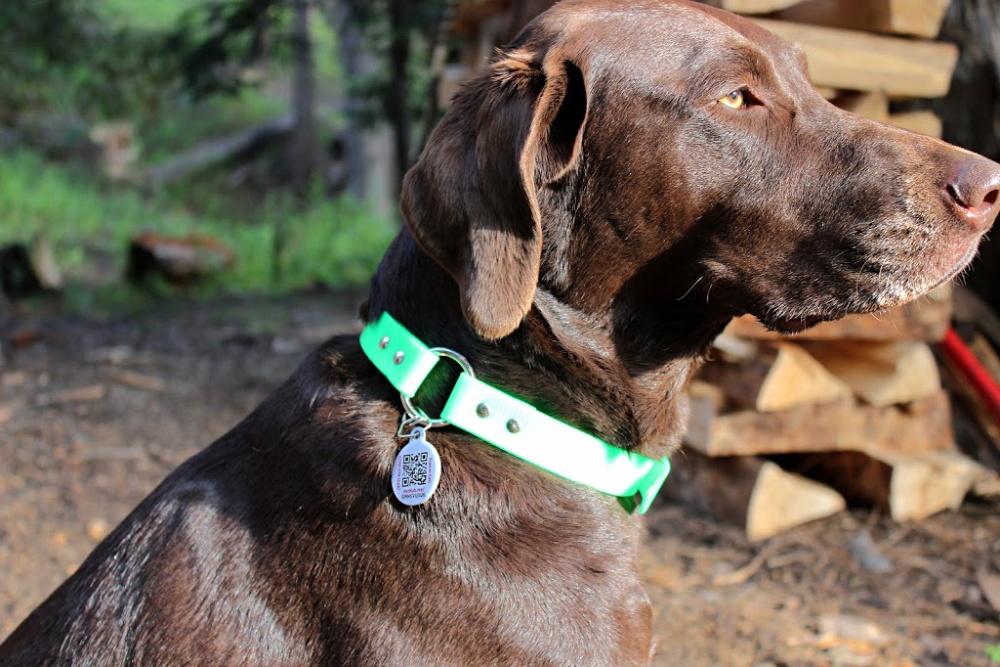 There’s No Visual Indicator
I’ve heard myself say out loud when I’ve seen a dog that was clearly on the loose, “I don’t see a collar, I don’t know if he/she belongs to anyone.” If I, a protective pet parent, have said that, I’m sure others have said something similar too. It isn’t until the dog is caught, brought to a facility where a microchip scan can occur, and hoping that the data is still accurate on the chip, that the dog and its owner may find each other again. That is assuming you are able to safely capture the dog.
Should the situation be dangerous, for you and for the animal, calling the appropriate animal control resource in your community may make more sense. It’s a lot more difficult to simply say “I saw a black dog on x street,” than saying “I saw a black dog with a bright red collar and blue tag on x street.” That additional information alone can be a life-saving piece of data for helping to identify the dog you’re referring to.

The Information On A Chip Is Harder To Verify And Update

Did you adopt your dog from a facility where it had already been chipped? Have you moved since having your dog? Did you get a new cell phone number since your dog has joined your life? These are all possible reasons the information included on a chip may not be accurate.
In order to update your information, you’ll have to look up what’s on file after registering the chip (you did register your chip, right?). If you don’t have the chip number handy, you’ll need to go to the vet or a local shelter who can likely scan the chip for you free of charge (I recommend calling ahead, just in case they’re busy so you can arrange to stop by when it’s quiet). Once you have the number, I recommend visiting the AAHA database that will share where the microchip is from and who it’s registered to. If you need to update information, you’ll need to contact that specific provider, and likely pay a fee to update the record on file. 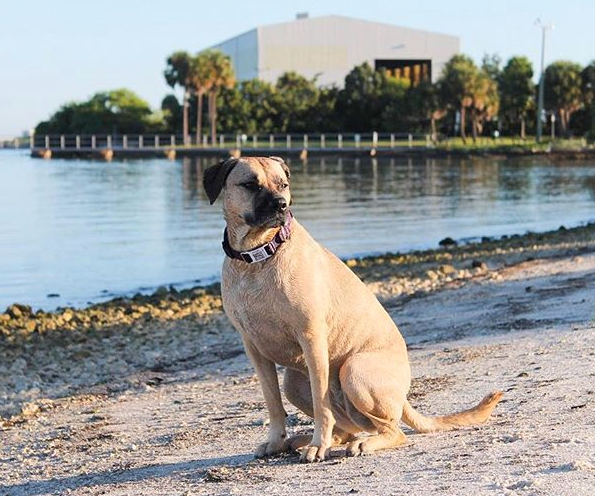 "This is our story about Bean, a precocious Boston Terrier, who is fond of testing the perimeters of yards for weaknesses, much like a velociraptor trying to escape Jurassic Park.  One day, not that long ago, my back was turned for a moment and Bean managed to locate a space to wriggle under our fence.  In a flash, she was gone.  Not gone like I could see her lazily jaunting, she was gone gone.  I had no visual on her and had no clue which direction she had gone.  Frantic, I called my husband who snatched up our other dog Yoda to bring in the house as I already ran around the neighborhood like the crazed lady that I was.  We called friends who lived in town, and canvassed the area.   After a short while, I also called ALL of the veterinary clinics in a 20 mile radius, the animal rescue organizations & shelters in our region, and the animal control office at our town hall. Had I remembered, I could have reported Bean missing on PetHub and they would have contacted shelters nearby on my behalf (this is an upgraded option, but well worth it).
After being frantic, with no Bean in site, I got an email that showed me that someone had recently scanned Bean’s PetHub tag.  THANK HEAVENS someone had her!  Within a minute, a friendly woman had called my cell phone to let me know that she had Bean, she was safe and sound, and where she was located for us to go pick her up!"
This instant update sent to your phone is not a feature of a pet’s microchip. It’s up to the person to get the animal scanned, and call the owner (hoping the contact number is still accurate) to connect pet with owner.
Even if the person who found your pet has the best intentions, it is not guaranteed that they have been educated about microchips. They may not know that they should take the pet to veterinary clinic or shelter to be scanned. Even once the pet has been taken to a shelter or veterinary clinic, there are several factors that can still prevent Fluffy from making it back home:
1.   If the vet or shelter does not have a universal scanner your pet’s microchip may go undetected.
2.   The microchip has migrated.
3.   The person using the scanner isn’t thoroughly and properly scanning the pet.
4.   The information on the microchip is not up to date with your contact information. (Depending on the brand of microchip it can take anywhere from 24 hours to 2 months to update your microchip information.) 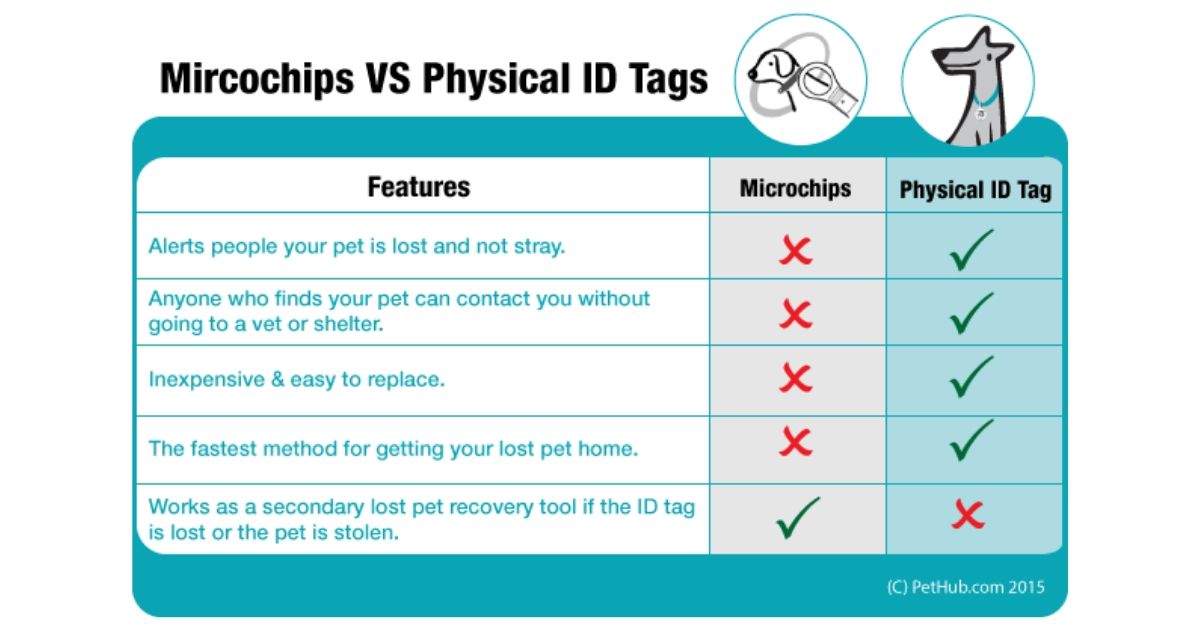 So are we saying that your pet doesn’t need a microchip?  Absolutely not!  We are saying that microchips should be used WITH external ID tags and should not be used as the sole type of ID your pet has protecting them.
Always Remember: