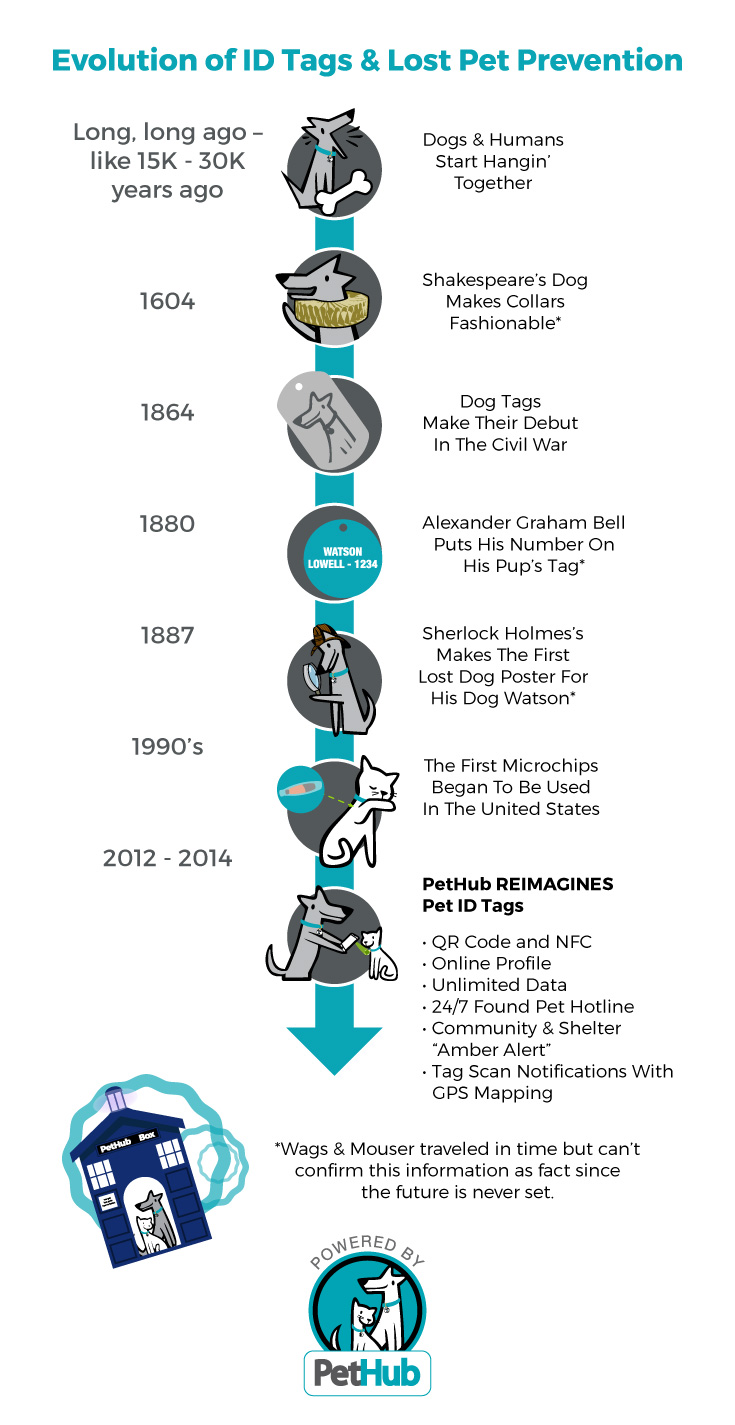 Dogs and humans start hangin' together

Dog tags make their debut in the Civil War.

Alexander Graham Bell puts his number on his pup's tag.*

The first microchips began to be used in the United States.

*Wags and Mouser traveled in time but can't confirm this information as fact since the future is never set.