Recently, I’ve seen several news articles about municipalities considering abandoning external identification tags for pet licensing and moving to a microchip-only program for pets in their communities. I find this approach worrisome at best, and potentially detrimental to the overall lost pet recovery of pets in their community. Why? Because it takes too many things going “right” for microchips to work. When pet microchip manufacturers talk about their product, they are optimistic to the point of arrogance. While confidence and hubris gets them sales, it is at the cost of animal safety and an increased expense to animal welfare organizations and individuals who replace a physical ID tag with a surgically implanted chip. 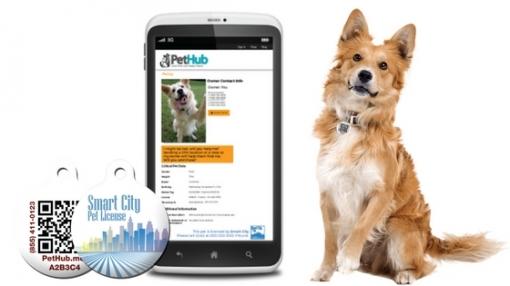 I acknowledge that my credibility is suspect in pointing out the microchip short-comings because my company develops modern digital identification tags and software solutions. Anyone spending a modicum of time speaking with animal care professionals, however, will quickly learn the truth that microchip companies have oversold their solution as the panacea for pet identification.

Before I go into the failings of microchips, I want to first point out that I am actually a solid fan of microchipping animals. A chip is a critical component to a pet safety plan and what I consider the final line of defense in helping someone identifying my pets. Microchips are only a single tool, however, and not the soul solution chip manufacturers would have you believe they are.

Here are 8 of the top failings of microchips:

The four take-aways I want to leave you with are these:

Tom Arnold is the founder of PetHub.com, an Internet company providing digital ID tags and software services to help lost or stolen animals return home again quickly. PetHub’s IDs are currently in use by over 280 communities in the U.S. as a pet license or shelter adoption tag.

Prevent your pet from going missing: How to keep flight-risk dogs safe