5 Reasons Why a Microchip Isn’t Enough for Your Dog 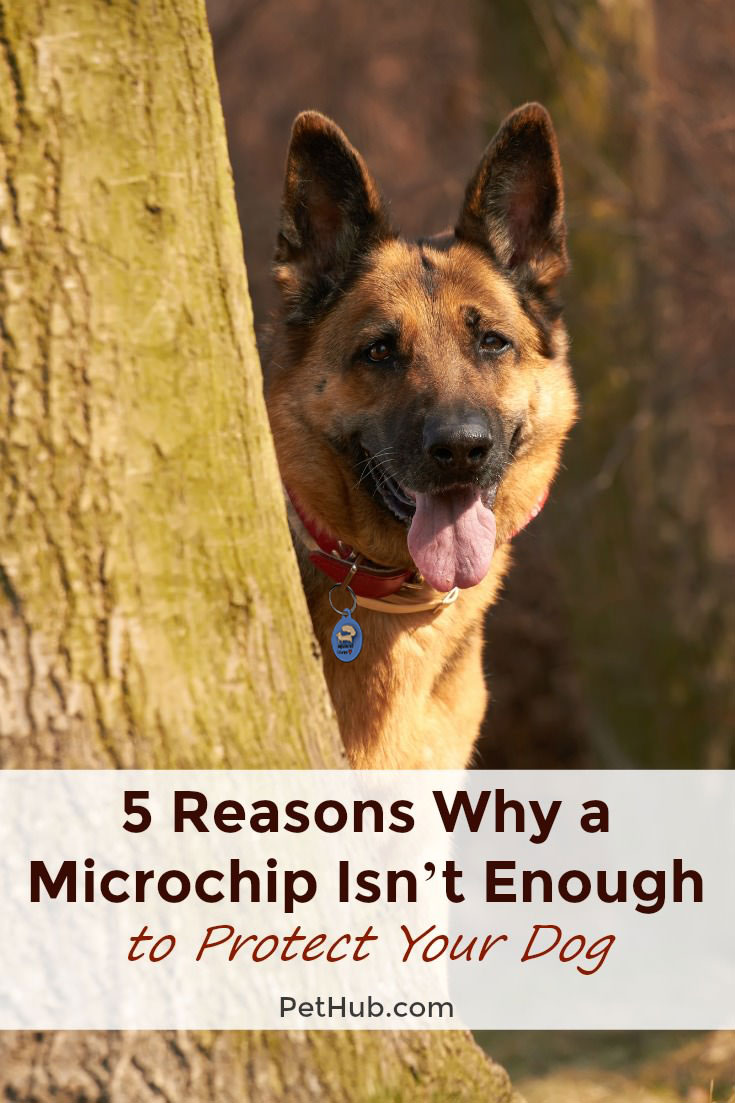 Microchipping a dog is a great way to ensure that it finds its way home to you should it ever get lost.  It’s a safety net that can help pet owners feel more confident.  I always appreciate the fact that it’s a permanent addition to a pet that can help share relevant information that can reconnect a pet with its human.  Even so, there are some important reasons to consider why a microchip isn’t enough for ensuring your dog will find its way back to you if it’s ever lost.

I’ve heard myself say out loud when I’ve seen a dog that was clearly on the loose, “I don’t see a collar, I don’t know if he/she belongs to anyone.”  If I, a protective pet parent, have said that, I’m sure others have said something similar too.  It isn’t until the dog is caught, brought to a facility where a microchip scan can occur, and hoping that the data is still accurate on the chip, that the dog and its owner may find each other again.  That is assuming you are able to safely capture the dog.
Should the situation be dangerous, for you and for the animal, calling the appropriate animal control resource in your community may make more sense.  It’s a lot more difficult to simply say “I saw a black dog on x street,” than saying “I saw a black dog with a bright red collar and blue tag on x street.”  That additional information alone can be a life-saving piece of data for helping to identify the dog you’re referring to.

The Information on a Chip is harder to Verify and Update

Did you adopt your dog from a facility where it had already been chipped?  Have you moved since having your dog?  Did you get a new cell phone number since your dog has joined your life?  These are all possible reasons the information included on a chip may not be accurate.
In order to update your information, you’ll have to look up what’s on file after registering the chip (you did register your chip, right?).  If you don’t have the chip number handy, you’ll need to go to the vet or a local shelter who can likely scan the chip for you free of charge (I recommend calling ahead, just in case they’re busy so you can arrange to stop by when it’s quiet).  Once you have the number, I recommend visiting the AAHA database that will share where the microchip is from and who it’s registered to.  If you need to update information, you’ll need to contact that specific provider, and likely pay a fee to update the record on file.

I’ve heard a lot of sad stories recently, where a pet was microchipped, and the information on the chip was accurate, but the animal was euthanized anyway.  Depending on the facility where a pet is brought, a scan may not occur.  Sometimes shelters are simply too busy to undertake this task and sometimes it’s an oversight.  Either way, it’s an avoidable tragedy that might have not have occurred if the animal was wearing a collar and tag, especially if it’s connected to a database like PetHub.

This is our story about Bean, a precocious Boston Terrier, who is fond of testing the perimeters of yards for weaknesses, much like a velociraptor trying to escape Jurassic Park.  One day, not that long ago, my back was turned for a moment and Bean managed to locate a space to wriggle under our fence.  In a flash, she was gone.  Not, gone like I could see her lazily jaunting, she was gone gone.  I had no visual on her and had no clue which direction she had gone.  Frantic, I called my husband who snatched up our other dog Yoda to bring in the house as I already ran around the neighborhood like the crazed lady that I was.  We called friends who lived in town, and canvassed the area.   After a short while, I also called ALL of the veterinary clinics in a 20 mile radius, the animal rescue organizations & shelters in our region, and the animal control office at our town hall.  Had I remembered, I could have reported Bean missing on PetHub and they would have contacted shelters nearby on my behalf (this is an upgraded option, but well worth it).
After being frantic, with no Bean in site, I got an email that showed me that someone had recently scanned Bean’s PetHub tag.  THANK HEAVENS someone had her!  Within a minute, a friendly woman had called my cell phone to let me know that she had Bean, she was safe and sound, and where she was located for us to go pick her up!
This instant update sent to your phone is not a feature of a pet’s microchip.  It’s up to the person to get the animal scanned, and call the owner (hoping the contact number is still accurate) to connect pet with owner.

You Can’t Scan a Chip with your Phone 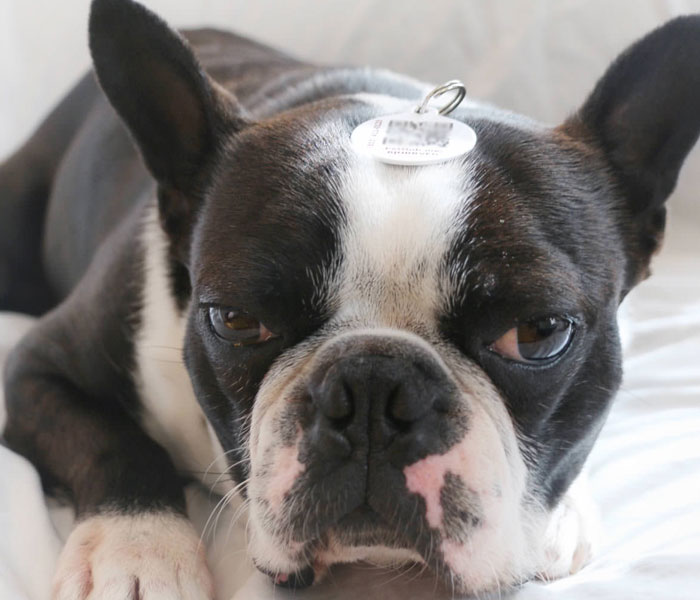 Maybe that technology will happen in our future, but for now, in order to have a chip scanned, a person has to physically bring a dog to a facility that has the capacity to scan the pet for a chip.  This added time and step can, if nothing else, add to the stress felt by the pet owner with each minute that passes.
The PetHub tag, on the other hand, can be scanned with a phone OR the individual can quickly type the tag number into the PetHub site to find the owner information and dog description.  This ease of access can help more animals reunite with their owners.
I hope this post has helped you realize the importance of using additional tools to ensure you are able to locate a lost pet.  While a microchip is an awesome start, there are some setbacks to consider when deciding if a chip is the sole way your pet’s information is listed.
Bryn Nowell is a blogger who loves dogs and drinking equally, which is why her blog, adogwalksintoabar.com, focuses on both! She is a passionate photographer and animal rescue advocate. Join her photography adventures with pups Bean & Yoda on Instagram at: A Dog Walks Into A Bar. She spoke at BlogPaws 2017 about knowing your worth when working with brands.
Tags:
pet microchip
pet id tags
pet identification
Pet Safety
Category:
articles
Subcategories:
cats
dogs
health + well-being
lost pet prevention
lost pet recovery
pet tech